You are here: Home1 / blog2 / How are GPS Trackers Designed?

How are GPS Trackers Designed?

November 25, 2019/in blog /by TronicsZone Editorial Staff
NOTE: This article/blog is Copyright TronicsZone. It cannot be reproduced without prior written approval. 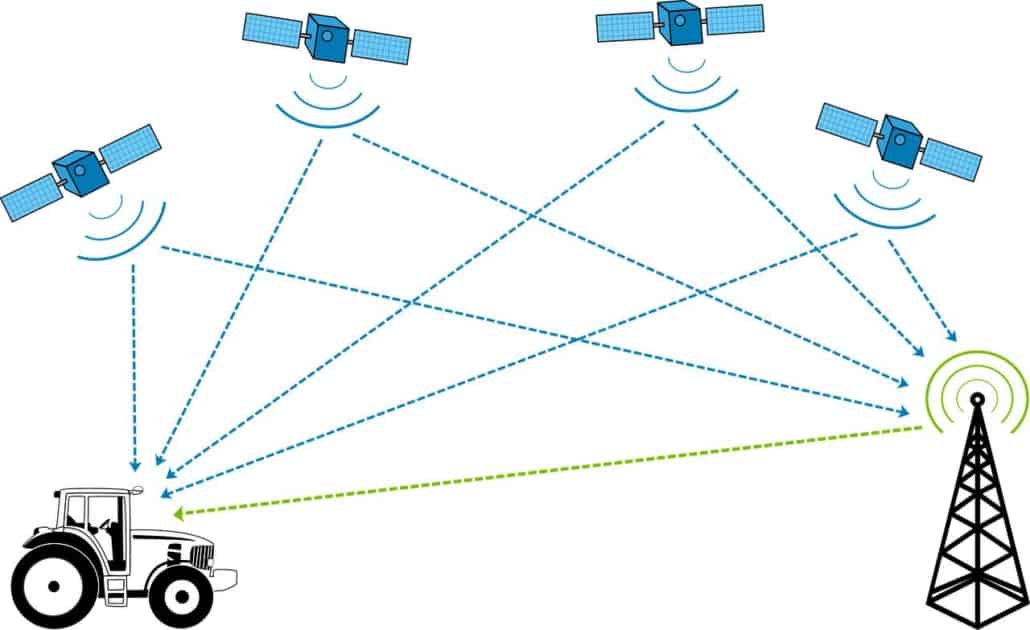 TronicsZone has been designing compact, customized GPS trackers since well over the past 15 years. TronicsZone specializes in making the GPS trackers as compact as possible at the same time extending the battery life to the maximum extent.

This article explains the various intricate steps involved in the design of a GPS tracker or a GNSS tracker identifying TronicsZone’s expertise involving such designs. It also provides a brief overview & background information about GPS trackers.

What is a GPS/GNSS tracker? 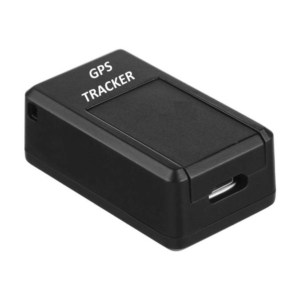 GPS is the most popular and most commonly used navigation system all over the world.

Standalone GPS trackers work without any assistance from the Internet. But they suffer from long start times & can lose signals quite often under overcast conditions or in regions where the satellite signals are weak (dense urban areas, tunnels, etc). The assist technology simply assists the GPS receiver by providing some data from Internet with the most likely satellites overhead by predicting their orbits & some other inputs given to the assist engine such as, a rough location, time zone & date/time. This dramatically reduces the cold start and Time for First Fix or TTFF

It can also augment the GPS receiver for some time providing rough positioning data during times when the satellite signals are weak.

Circuit Design of a GPS tracker 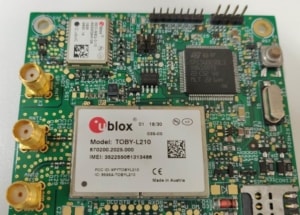 There are GPS receivers available from many different semiconductor manufacturing companies. These are mostly discrete chips or ICs that integrate the front end and the processing engine. Many also embed some sort of flash memory used to store the GPS satellite tracking data called the Almanac.

Many companies such as U-blox, Quectel, Simcom, Furuno, Trimble provide GPS modules where it embeds a GPS receiver chip along with RF front-end chips, Low noise amplifiers (LNA), precision crystals & several other RF filter components. These modules embed popular GPS/GNSS receiver chips from popular manufacturers like SiRFStar, Maxim, Sony, ST Micro and so on. These are usually encased in a metal shielded package and easy to integrate with rest of the system on a custom PCB.

The GPS modules are available with various price points & various features. The most important specification of GPS module is its receiver sensitivity. This determines the performance like TTFF & ability to track satellites in low signal conditions, especially indoors and dense urban areas. Some of these modules also incorporate dead-reckoning based tracking where inertial motion sensors (IMU) are used to provide tracking from last known position in complete absence of satellite signals.

TronicsZone have used most popular and cost-effective GPS/GNSS modules in many of its tracker designs including modules from U-blox, Quectel, SIMcom, Mediatek, Trimble & other reliable manufacturers.

The GPS data mainly consists of location & other helpful GPS related data such as:

In a tracker, one or more of the above data needs to be sent to a central location such as a remote server or a Cloud platform.

TronicsZone has vast experience with the following most commonly used data transmission mechanisms to upload the GPS data to a server or Cloud:

TronicsZone also has immense experience in sending data to popular cloud platforms (AWS, Azure etc) in the most secure manner, while capitalizing on the cloud platform’s device provisioning & authentication mechanisms.

To read the data from GPS module, normally most GPS receivers provide a serial interface such as an UART. TronicsZone uses most popular low-cost microcontroller units (MCU) such as ones with ARM Cortex architecture to read data from GPS modules. Sometimes for more simpler applications, we also use AVR Atmega (Arduino compatible) or PIC MCUs.

The data from GPS receivers are usually in the industry standard NMEA protocol.

This data is read by the Microcontroller using a serial UART interface in most cases. The data is then processed & packetized to be sent over one or more of the communication mechanisms as mentioned above.

Sometimes, it will be necessary to only send the data when the asset is in motion. In such cases, TronicsZone also embeds an inertial motion sensor (IMU) to detect movement and upload the data. This helps in preserving battery life as it avoids unnecessary upload of data in case the asset lies static for long periods of time. The MCU is interfaced to IMU usually through another popular serial interface called I2C.

There are also requirements to send some sensor data like temperature, humidity or pressure along with GPS data. This is true especially in cases such as tracking of cold storage or perishable items like food and medicines which can be rendered useless if they cross certain environmental conditions for long periods of time. In such cases the microcontroller reads data from environmental sensors as well and sends them along with the GPS data.

The antenna system forms a very important part of every GPS tracker. Efficient integration of antenna in a product is critical to maximum performance while also keeping the device as small as possible.

There are usually two or more antennas in a GPS tracker.

TronicsZone spends a lot of time in analysing customer requirements and suggesting the correct type of antenna. The antenna preference also has a bearing on the design costs.

For simpler projects, where size is not so critical, TronicsZone prefers to provide a micro miniature antenna connector (popular as U.FL) and then the tracker will have flexibility of using various antenna types even after the board design is completed.

For more miniature tracker requirements TronicsZone designs incorporate a chip antenna within the PCB design itself followed by a Low Noise Amplifier (LNA) to boost the satellite signal before sending it over to the GPS module or receiver.

For GPS trackers, a battery is the most common source of power for the system. Usually TronicsZone uses re-chargeable batteries in their tracker designs so that they can be re-charged and re-used.

TronicsZone also spends a lot of time in designing the circuit to consume minimum battery power to maximize its life. We also have huge expertise in utilizing low power modes of GPS receiver as well as the MCU to keep the current consumed to the least amount possible. We use advanced techniques like deep sleep modes, interrupts & DMAs to minimize processing power consumption.

We have explained how we go through the design process of customized GPS trackers at TronicsZone. the array of services we provide and the wide extent of our expertise in designing GPS trackers.

Designing GPS trackers is not a simple task and requires a lot of experience. There are many first-time traps as this requires deep understanding of radio waves, complex PCB design techniques and advanced firmware programming experience. At TronicsZone, we can say that we have conquered the beast and we look forward to serving your requirements for next customized GPS tracker design.

Note: This content is copyright of TronicsZone. It cannot be reproduced without prior written approval.

Request a free quote for your customized GPS Tracker

TronicsZoneChoosing the right Microcontroller for Embedded Systems
Scroll to top