FPGA Vs Microcontroller: When to Use What?

FPGA Vs Microcontroller: When to use What?

Programmable devices such as FPGA, microcontroller, and microprocessor are the most powerful tools available to an electronics engineer today for an Embedded System Design. Knowledge on these devices is essential to a professional, student or hobbyist alike. Working on FPGA or Microcontroller programming allows engineers to completely understand the world of electronic programming. Most of the consumer electronic products currently are designed with microcontroller or FPGA as its central processing unit. From using a single BJT or a single logic device electronics scenario has grown so that we can utilize the performance of millions of transistors and derive thousands of logic’s in a single microcontroller or an FPGA. 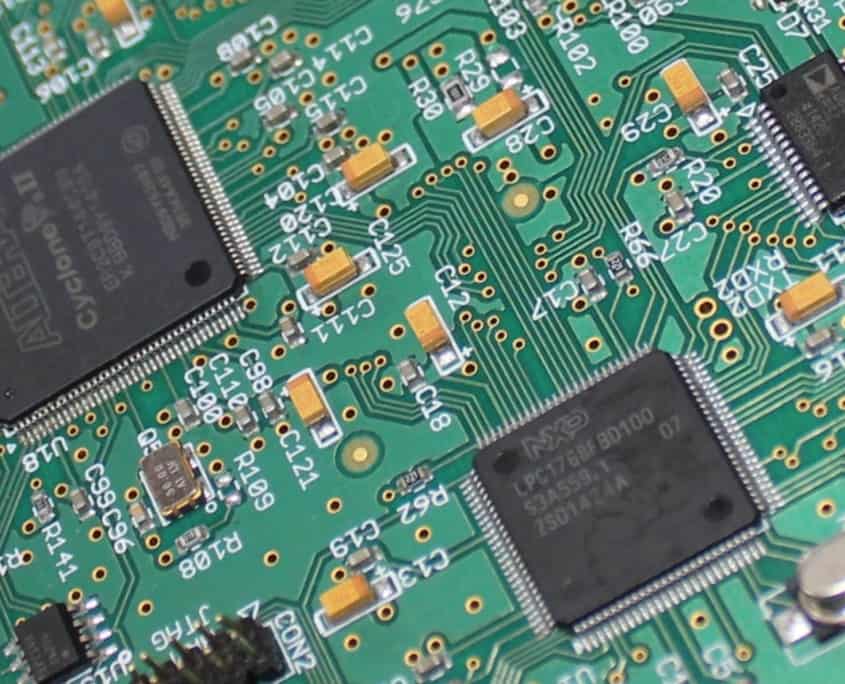 Electronic devices depend on the central processing unit (CPU) or the control unit. The CPU is like the heart and soul of the whole device. The CPU performs functions like fetch, decode, execute and store. In some cases, the CPU acts as the sole point of communication between the input and the output devices. The overall performance of the device relies on the performance of the CPU. In recent time’s integrated circuits like Microcontrollers, Microprocessors, Application Specific Integrated Circuits (ASIC) and Field programmable Gate Array (FPGA) are preferred to be used as CPU. The selection of a particular IC depends on the application requirement, cost, and performance.

Choosing a Microcontroller over a Microprocessor

Based on the application microcontrollers have some advantages over Microprocessors.

Hence in case of specific and simple applications FPGA is preferred over ASIC.

As the name suggests ASIC is designed for a sole purpose. For example the CPU in a smart phone is an ASIC. It is designed to work as the smart phone’s CPU and it cannot be reprogrammed to perform any other function. The logic functions in an ASIC cannot be changed to anything else because its digital circuitry is made up of permanently connected gates and flip-flops. The advantages of ASIC over FPGA is that it is cheap since ASIC can be manufactured in large quantities.

It is an integrated circuit that can be programmed on the field to work as per the required design. A FPGA typically contains thousands of Configurable Logic Blocks (CLBs) embedded with a lot of programmable interconnects. The CLBs are made of Look-Up Tables (LUTs), Multiplexers and Flip-Flops. They are programmed to implement complex logic functions. FPGAs also contain dedicated hard-silicon blocks for various functions such as Block RAM, DSP Blocks, External Memory Controllers, Gigabit Transceivers, PLL and many more.

Choosing an FPGA over an ASIC

FPGA has some interesting advantages over ASIC.

Hence in case of specific and simple applications FPGA is preferred over ASIC.

From our previous discussions, it is clear that for consumer specific projects that require customization, FPGA or microcontroller is preferred. Customization is the main advantage of FPGA.

FPGA is an integrated circuit that contains millions of logic gates that can be electrically configured, through programmable interconnects to perform the required task. Xilinx, Intel FPGA packages are available in the market.

You can get all of the above done using our reputed FPGA design services.

A FPGA can be used if the design requires complex logic and requires high processing ability and if the cost is comparable to the performance achieved. In case of a design that requires limited hardware, and is set to perform only some specific functions, then Microcontroller is preferred. There is no specific criteria to select FPGA or Microcontroller. Each has its own pros and cons. The designer’s discretion based on the design requirement in hand, helps in making the decision of using an FPGA or a microcontroller. We have developed the uncanny ability of choosing the right one for every project we take up here at Tronicszone.