FPGA based design work executed by TronicsZone are known to be reliable, robust & cost effective with several of designs completed & deployed successfully.

FPGA based designs are used where critical timing is important & needs to be deterministic. They find their applications mostly in high performance defense & aerospace applications where standard microcontrollers may not be able to meet the stringent timing & performance requirements.

TronicsZone has  experience using most popular FPGAs from both Xilinx & Altera (now Intel). We have worked on FPGA families such as Kintex-7, Artix-7, Spartan-6, Cyclone II, Cyclone III and so on. TronicsZone has experience in using FPGAs for high speed data acquisition as well as signal processing.

We have the capabilities for designing & testing complex boards based on FPGAs with complex BGA packages and high speed interfaces such as DDR3, high speed LVDS, USB3.0 and so on. 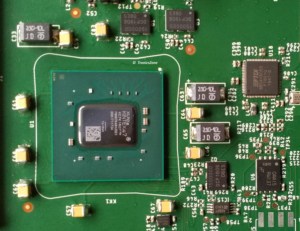 FPGA Design And Their Applications

The contemporary world is surrounded by various technological advancements. The lives of humans are greatly dependent on the evolving technology in every field for living satisfactory and convenient lives. Electronic devices and semiconductor chips act a primary role in developing several technological devices for the consumers as well as for the industries. 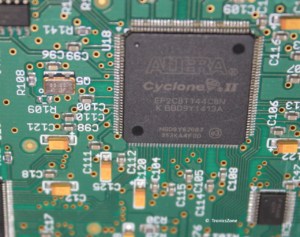 With the use of semiconductor technology in the FPGA construction process, these devices have the abilities to be programmed easily when exposed to the field as compared to other categories of semiconductor chips that are not very flexible in their designing and execution process.

The reason behind the wide use of FPGAs is that they can be easily reused and reprogrammed, and are highly flexible as it can easily adapt the personalization and customization of the designer when it is placed in the field.

That is why FPGA chips highly reliable and considerable in various applications as compared to ASICs chips, which can only execute one function at a time and the program loaded on the chip, cannot be either erased or modified.

By using an FPGA chip, any program can be easily written by a person, which executes the functions after getting loaded on the silicon chip. Anyone can optimize his/her chips with the help of FPGA chips according to some workload. Aforementioned, An FPGA is a field-programmable device, so it delivers more flexibility and scalability.

These semiconductor devices can fulfill contemporary requirements of large complexity and great performance devices. Not only this, but they also deliver embedded processors, higher logic density, clocking and DSP blocks with their various prominent features.

Modern field-programmable gate arrays consist of a large number of RAM blocks and logic gates which are used to complicated digital computations. The design of FPGA has several bidirectional data buses and high speed I/O units, so it is difficult to verify accurate timing on proper data between setup and hold time. The feature of floor planning allows the allocation of resources within FPGAs to fulfill such time constraints.

These semiconductor devices are largely used to perform several logical functions which can be easily carried out by an ASIC as well. Certain FPGAs have analog features along with digital functions.

A typical analog feature is the programmable slew rate which is implemented on every output pin, which permits the designer to set the lightly loaded pins on low rates to prevent the unacceptable occurrence of coupling or ring, and set the heavily loaded pins on high rates when deployed on fast-moving channels, otherwise, it would work extremely slowly.

Various common features like RC oscillators, phase-locked loop implemented with voltage-controlled oscillators and quartz-crystal oscillators, which are implied in the management and clock generation for rapid serializer-deserializer to transmit clocks and its recovery clock time.

Various differential comparators are positioned at the input pins to connect differential signalling channels. FPGAs also have completely outlined analog-to-digital converters & vice-versa along with signal conditioning units which permit them to function as SOCs.

The design architecture of the FPGA is widely responsible for its performance and density. FPGAs can be constructed into different designs depending on various parameters. Following is the list of different types of FPGA design:

On the basis of the internal alignment of logic blocks, FPGAs are divided into three types:

On the basis of the FPGAs programming technologies, they can be classified into three categories:

On the basis of the application’s usage, FPGAs can be categorized into three types which are described below:

FPGAs deliver manifold advantageous features which, when taken into consideration can be useful to develop varied types of applications. Since these semiconductor devices are commonly used for high complexity and low volume projects as they deliver higher customization power. Following is the detailed description of the latest applications used in various industries:

Request a free quotation for FPGA based design services

Learn about our expertise and design experience.