TronicsZone is a leading company providing professional Electronic Circuit Design services since 2003. We have expertise in providing a wide range of electronic circuit design. The circuits designed by TronicsZone are known to be robust & cost effective with 100s of circuit designs that have been successfully completed.

Primarily, we offer the following types of circuit design services:

Analog circuits are usually made from the basic building blocks such as Diodes, Transistors, Transformers, Operational Amplifiers (Opamp) & passive components. The biggest factor that identifies with an analog circuit is the missing of a “clock” to make the circuits function. Analog circuits also form the front end of several complex data analysis, test & measurement instructions in the form of signal conditioning, filtering, amplification and drivers for the analog signals.

Seldom is a circuit design purely analog or purely digital. In most cases, a circuit design, apart from most basic ones consists of both analog and digital circuits. Such a circuit is called a mixed circuit. In such a design, it is often very important to keep the analog & digital sections logically separate to reduce noise and improve performance.

A huge percentage of today’s circuits require mixed circuit designs where both analog & digital sections are common. At Tronicszone, we have churned out a huge number of successful circuits using the mixed signal concept & will continue to do so.

TronicsZone has mastered the art of microcontroller based circuit design. We have worked on every conceivable microcontroller technology & have kept ourselves abreast of the forthcoming developments. We are well equipped with all modern tools to take up this kind of design.

FPGA stands for “Field Programmable Gate Arrays”. This is a type of digital circuit but which can be configured on a hardware level by the user rather than having a set of instructions executing and telling it what to do (like microcontroller). It has an array of logic blocks which can be configured in the way the user want the circuit to perform.

Its a tricky decision to choose microcontroller or FPGA in a circuit design. Using FPGAs would be a no-brainer for high performance systems, like several high-end medical, defense, aerospace applications. The agility with which the FPGA circuit can be reprogrammed & repurposed is its biggest advantage.

At TronicsZone, we have handled many successful designs based on popular FPGAs. We have all the expertise & the necessary software/hardware tools to undertake even the most complex of the FPGA based designs & see them through successfully.

Few of Our Circuit Design Examples 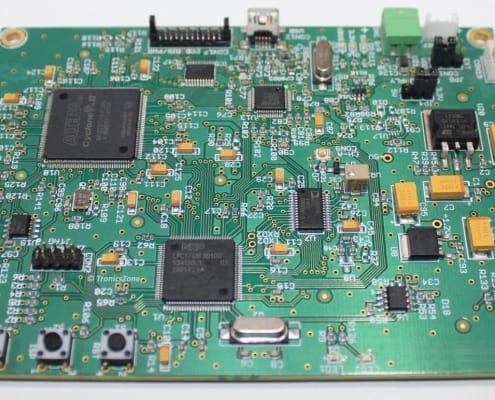 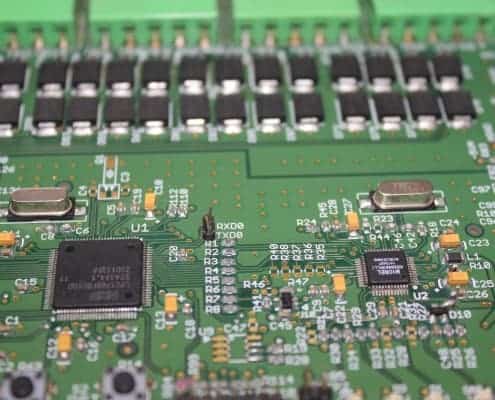 5 Reasons to choose TronicsZone as your Circuit Designers

Every Circuit Designer at TronicsZone is hugely talented!

This makes it easier for the designer to make modifications and and improvements in the circuit. These electronic circuits have a wide range of application, from data transfer and signal amplifications to computation. Previously, the components of an electronic circuit were connected to each other through a wire, now however, they are soldered on the printed circuit board (PCB) to interconnections. 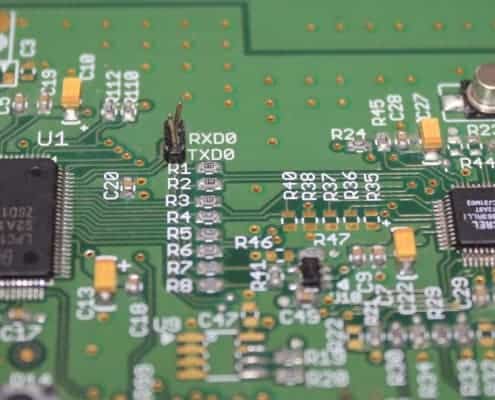 Before the invention of integrated circuits (ICs), each individual component of the circuit i.e. diodes, transistors, capacitors, inductors and resistors were of a discrete nature. Now, however, each electronic device is designed and manufactured as a single unit.  In order to understand the fundamentals of electronic circuit design, it is necessary to become familiar with the components of the system.

An analogue electronic circuit design is that in voltage or current varies with time. Transistors, capacitors, resistors, diodes and wires are the basic constituents of an analog circuit. Electrical signals in such circuits are continuous and can be represented using schematic diagrams in which wires are represented as lines and a unique symbol denotes each component. Every analog circuit design consists of parallel or series, or both circuits.

A digital electronic circuit measures electrical signals a discrete values. The data in digital circuits is represented as binary digits. Digital circuits largely consist of transistors in interconnection to create logic gates and can perform calculations.

The various components and interconnections in an electronic circuit are represented using a schematic circuit diagram that makes use of standardized symbols for each component. These diagrams help to design, construct and optimize the electronic devices.

When designing analog or digital circuits, one should easily be capable of predicting the current and voltage values at each node with in the circuit.  Simple non-linear and linear circuits are analyzed by hand through mathematical computations, whereas the use of software is required to perform analysis of the complex circuits. The use of simulation software makes designing circuits more effectively possible, reducing the cost, time and risk involved in actually manufacturing the circuit prototypes.

The electronic circuit simulator is a software that utilizes mathematical models to predict, replicate and analyze the nature of an electronic circuit, removing limitations imposed by expensive tools such as photomasks for ICs. SPICE is the simulation software used for designing analog circuits, whereas Verilog and VHDL are mostly used for digital circuit simulations.

Learn about our expertise and design experience.